Update your lodge listing and get on the map. 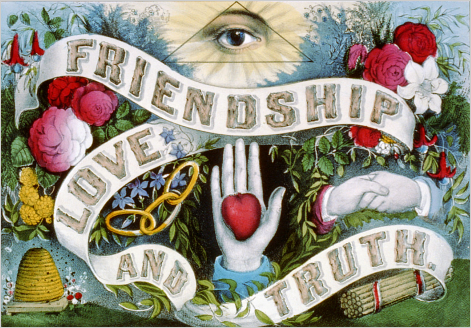 The Odd Fellows (IOOF) is a fraternal organization founded in England in the 1600s.  At that time people in society were class-conscious and few helped their neighbors.  When people got sick or their loved ones died, they were left to fend for themselves.  Many didn’t have enough money to bury their dead.

The Odd Fellows stepped up and pooled their money and resources together to help people in need.  Since this attitude was converse to how society thought at the time, they considered themselves “odd” — thus the name.

the Independent Order Of Odd Fellows came to the United States in 1819, currently has more than 3000 lodges, and is one of the world’s oldest and largest fraternal orders.

Are you looking for family members or history? Maybe are you embarked on genealogy research and looking for records?
Click Here For Information

Trying to find information about a family member's inherited IOOF jewels, rings, pins, or other IOOF items or regalia?
Click Here For Information